Kiyoshikôjin Seichô-ji temple was founded during the early Heian period (9th century), wishing for the realization of Emperor Uda’s idea of an ideal nation – a nation which was supported and protected by Buddhism, peaceful, prosperous, and had good relations with neighboring countries.

By the order of the Emperor, a talented Buddhist sculptor, Jôen Hôgen, from Sanuki (today’s Kagawa prefecture in Shikoku) made a statue of Dainichi-nyorai (Vairokana) as a principal image of the temple, using aromatic mandage wood. A high Buddhist priest Jôkan was invited from Enryaku-ji temple as the first Head Priest in 896 A.D., and the Kiyoshikôjin Seichô-ji temple was inaugurated.

About three hundred years later a battle between the Genji and Heike clans broke out, and the temple structures were severely destroyed by fire in 1183. The damaged buildings were reconstructed by Minamoto Yoritomo by the order of the emperor in 1193, but the temple structures were again destroyed by fire by the Battle of Itami in 1579. However, in both cases, the structure of Kôjin shrine in the temple compound was saved from the battle fire. It indicates the miraculous virtue of the divinity of Kôjin.

During the late Edo period Priest Jôkai (or Roan) restored the temple, and under the 37th Head Priest, Kôjô, the temple was finally revitalized. In 1947 Kiyoshikôjin Seichô-ji temple established the Shingon Sambô-shû denomination of Buddhism, and became the head temple of the denomination. During the World War II, this area was exposed to frequent air raids, but the temple structures were saved from incendiary bombing. The light of Buddhism has been kept ceaselessly for more than one thousand years in this temple.

Kiyoshikôjin Seichô-ji temple enjoyed a special relationship with a famous master artist, Tessai Tomioka (1836 – 1924), and has been collecting his works of art for eighty years. The number of his artworks in the temple collection has already come to one thousand. Exhibitions of his works from the temple collection have been held in 96 places in Japan and in 40 cities overseas, always appealing love and peace to the world.

We have been devoting ourselves to fulfilling the wish of successive head priests of our temple, which is to offer peace and serenity to the hearts of all the visitors to the temple and everybody in the world.

Tessai Museum is closing now because of organizing exhibits.
You can continue to enjoy the exhibition in the annex “Museum of History and Art”. 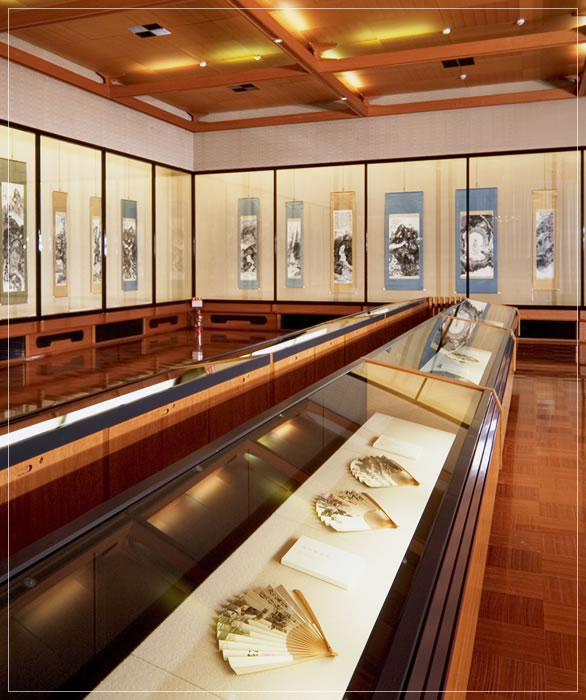 Following the path which passes the right side of the statue of Ichigan Jizô-son, walking through the corridor, and climbing up the slope to the top, visitors find a white concrete one-story building with a step. It is the Seikô-den museum which houses all artworks by Tessai Tomioka(1836-1924). 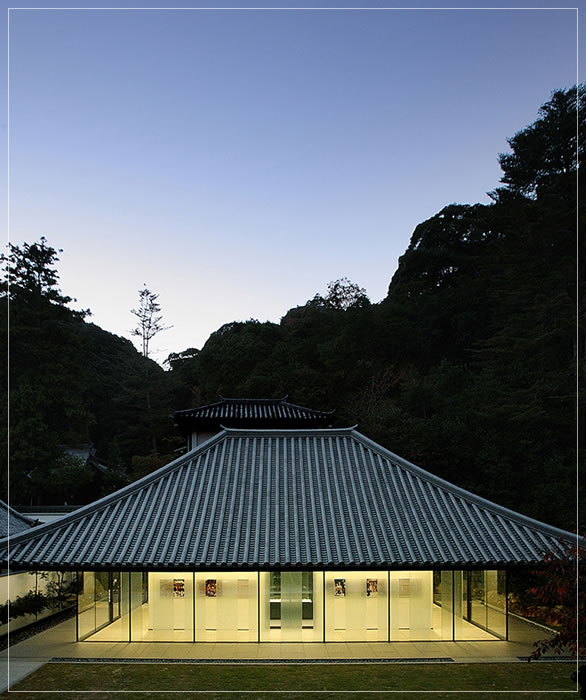 Museum of History and Art

Kiyoshikôjin Seichô-ji Museum of History and Art opened in November 2008 after many years of planning by the 39th Head Priest Kôken, who inherited and carried out the dream and dying wishes of his predecessors the 37th Head Priest Kôjô and the 38th Head Priest Kôsô.

About Museum of History and Art